No salaries. Score points by picking the winner, method of victory, and round of victory for mixed martial arts, boxing, and kickboxing fights.

Now available for Android and iOS!

No salaries. No arbitrary experience points. On FightPicks, pick the winner, method of victory, and round of victory in fantasy MMA (UFC & Bellator), and boxing matches.

Compete with friends in large tournaments, head-to-head matchups, or group competitions for fantasy UFC, Bellator, and boxing without paying.

Have a group, league, or friend you want to compete against? Create a custom league for you and your friends!

Compete against thousands of other fans to see who knows combat sports the best! 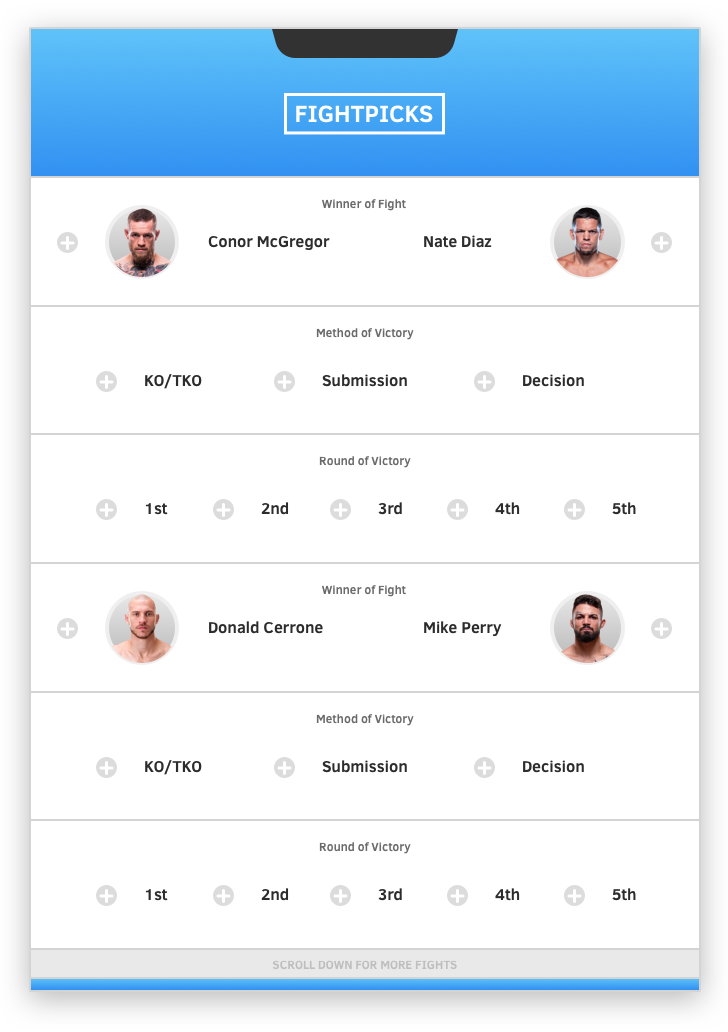 Who’s the best at predicting fights? Find out here!

Ever wonder how you’d do as a fight analyst? Found out on FightPicks with fantasy UFC, Bellator and boxing! Compete in tournaments, head-to-head, and league contests against thousands of fans in your favorite combat sports. 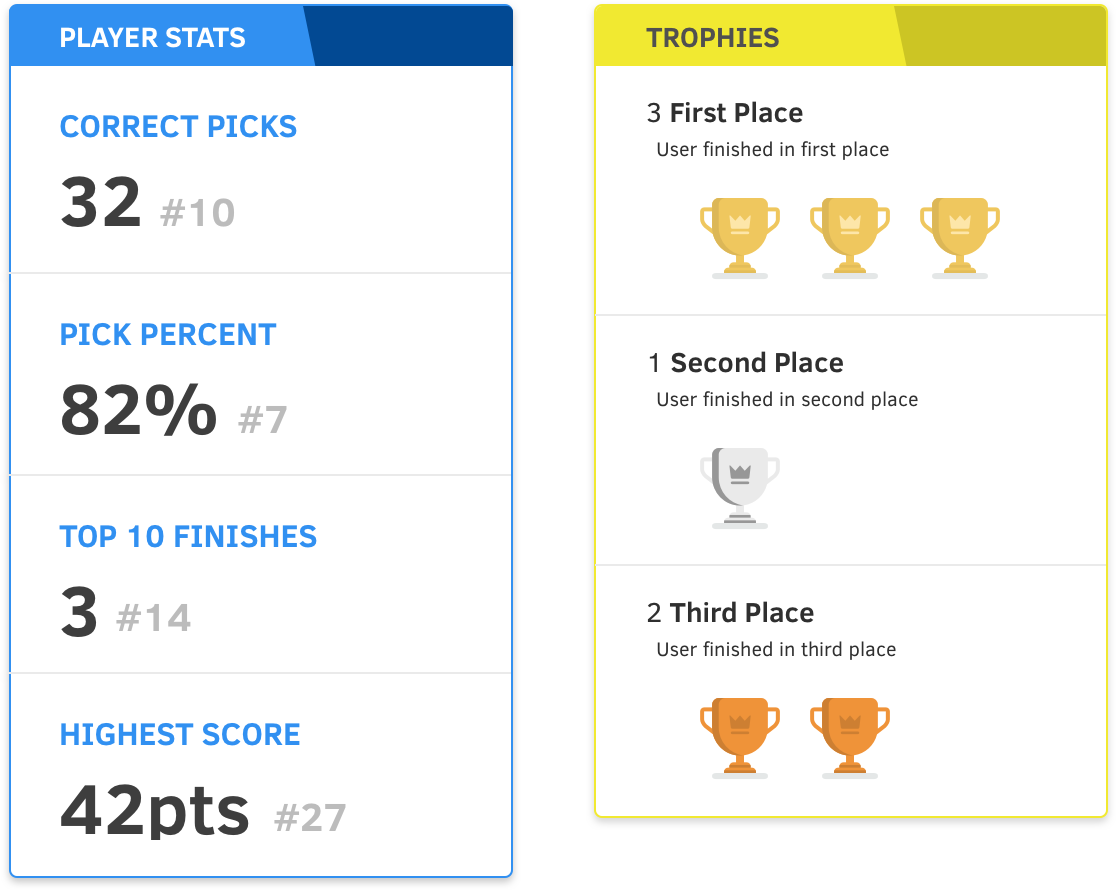 Track your performance on FightPicks with detailed stats for fantasy MMA (UFC and Bellator) and boxing. Rack up trophies and badges based on your performance. Soon to be added – pick performance by individual fighters, betting lines, various sports, and scenario analysis.

You can join other members there to discuss your picks. Find this weeks thread at:

Entries can be changed until the official event time.

If you wish to change your entry, submit a new form to override your previous entry.

Round of Victory = 3pts

Fights ending in a Draw or DQ are not scored.

NOTE: You must correctly pick the Winner of the Fight to receive points for Method or Round of Victory.